Like many states and cities across the US, the city of Vancouver in Washington, is evaluating the accessibility of facilities across the city. This includes the city’s buildings, parks and trails, streets, jobs, programs, services and activities.

The city is asking for feedback for it’s Americans with Disabilities Act (ADA) transition plan. The feedback from the community should focus on their experience and observations, prior to the COVID-19 pandemic, relating to the accessibility of the city’s facilities. This feedback will be used to identify potential barriers to access that’ll be included in the new transition plan which is anticipated to be complete by the end of 2021.

So, what’s the problem?

The city is asking for feedback to be submitted via a feedback form on this webpage, https://www.beheardvancouver.org/CityAccessibility (opens in a new window), and that’s where the problems lie. This page, which also includes information on the feedback that’s being requested, violates Title III of the Americans with Disabilities Act (ADA).

The page has numerous accessibility issues to address, but the first of the two we’re going to focus on is that an image is missing its alt text:

No alt text has been set for an image shown in Figure 1 (highlighted with the blue box). Someone accessing the page via a screen reader will not be able to interpret what the image is about, which will negatively affect their experience of the website.

The second action we’re discussing is a missing form field label. Citizens are being asked to leave their feedback on the city’s facilities in a form on the webpage, however this is the form missing it’s a label.

As shown highlighted in the blue box in Figure 2, this form field has no label, therefore, screen reader users accessing this page would find it very difficult to interpret the form and to know what information they should be entering here.

This is very disappointing to see: this request for information is targeted specifically at people who are living with disabilities and who require assistive technology to use the web. These are also the people who will be affected by inaccessible facilities and services in the city, but will have significant difficulty in reporting their feedback.

It’s not only Vancouver who are asking for feedback on its city’s accessibility. The City of Colorado Springs is working to make its online services more accessible to people living with disabilities who require assistive technology. The city is inviting the public to comment on its Web Accessibility Transition Plan, with information on the request on this webpage, https://coloradosprings.gov/webaccessibility (opens in a new window). The feedback is not being requested in an online form, however, there are other forms on the page, one being a search form field. This form is also missing its label, as shown in Figure 3, which, as we’ve discussed, poses difficulties for users with assistive technology.

We also ran an assessment on the accessibility of the city’s ‘Web Accessibility Transition Policy’ (opens in a new window) document which is included on the website, which we were pleased to see, was compliant when ran through automated assessments.

Accessibility testing has been around for many years. Some see it as too technical, but there are providers of automated options out there (we would always advise for manual testing to take place alongside automation), who try and make things simple. For example, Sitemorse, one of the original services on the market, provides simple help videos alongside any issues they find in order to train users not only in how to correct said issues, but to reduce the risk of further occurrences of the same issues.

No page should be released without being assessed. It’s not good enough for people in digital teams to sign off their own pages: there needs to be an outside view of compliance. We often hear about organisations’ suppliers having ‘accessibility in hand’ when it’s not, which not only frustrates the organisation, but its website’s users too - as they are the ones who are affected by the experience of using a non-compliant website.

The risk of litigation is high. It was recently reported that ADA Title III Federal Mid-Year Lawsuit Numbers at an All-Time High (opens in a new window). Suppliers promising compliance should be held to greater account, and such supplier contacts should have indemnity in case of litigation.

AAAtraq is a Risk Control Service, underpinning ADA compliance, the foundation of Inclusion — for those managing risk not digital.

There are three things that damage your brand’s inclusion: these are things that everybody should understand, are the easiest to correct and can make a world of difference. Two of these three are the issues we’ve highlighted in the ‘Be Heard Vancouver’ page above. These are:

Accessibility has previously been seen as something ‘just for the digital team to deal with’, but for those who are managing an organisation’s brand or risk it should be just as important. The cost of litigation is more than just the case: the long-term effects can be huge. It’s important for organisations to be able to judge their own progress externally. They need immediate visibility of their compliance on demand, presented in a non-technical way.

Take a minute to view your website’s risk, for free, at: www.AAAtraq.com/check (opens in a new window) 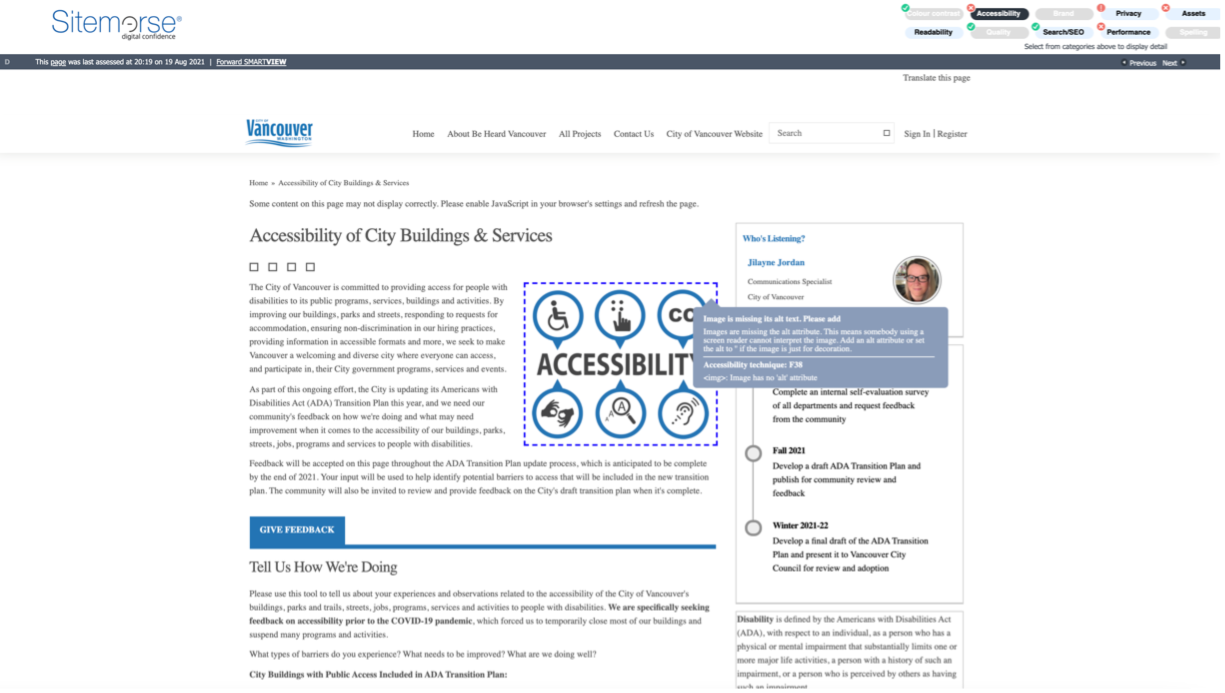 Figure 1. Image of the City of Vancouver webpage which is asking for feedback on the accessibility of the city's facilities, showing issue with image missing it's alt text highlighted with blue box. 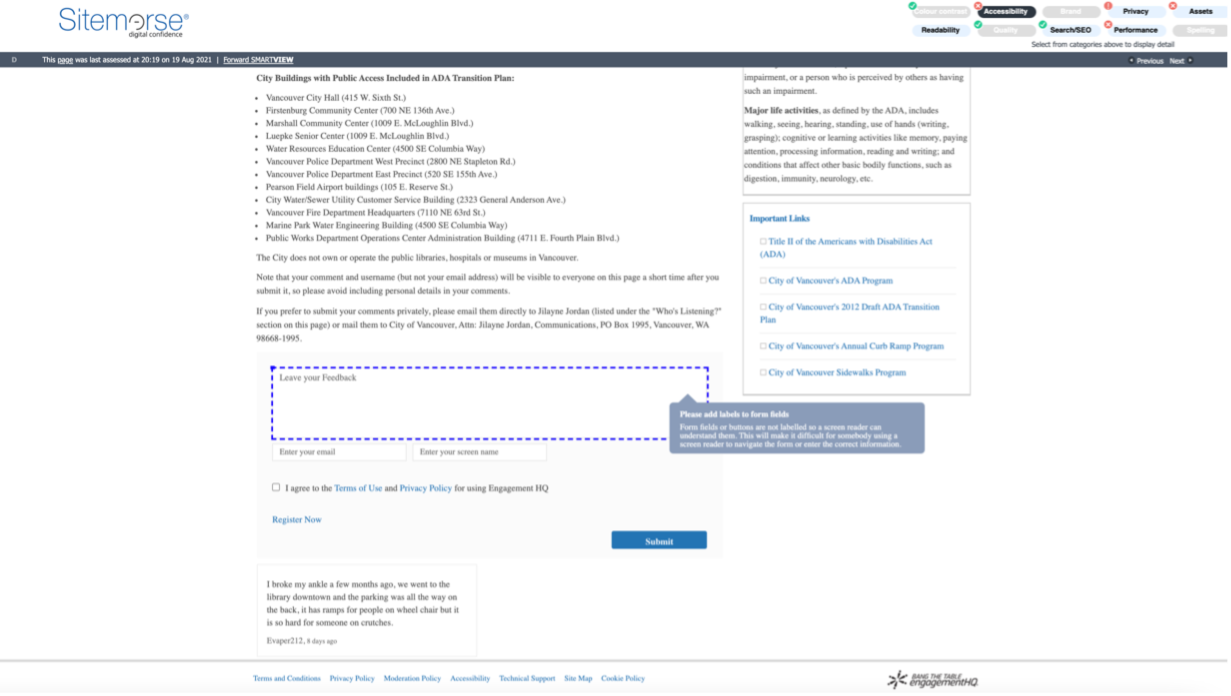 Figure 2. Image of the City of Vancouver webpage which is asking for feedback on the accessibility of the city's facilities, showing issue with image missing form field label highlighted with blue box. 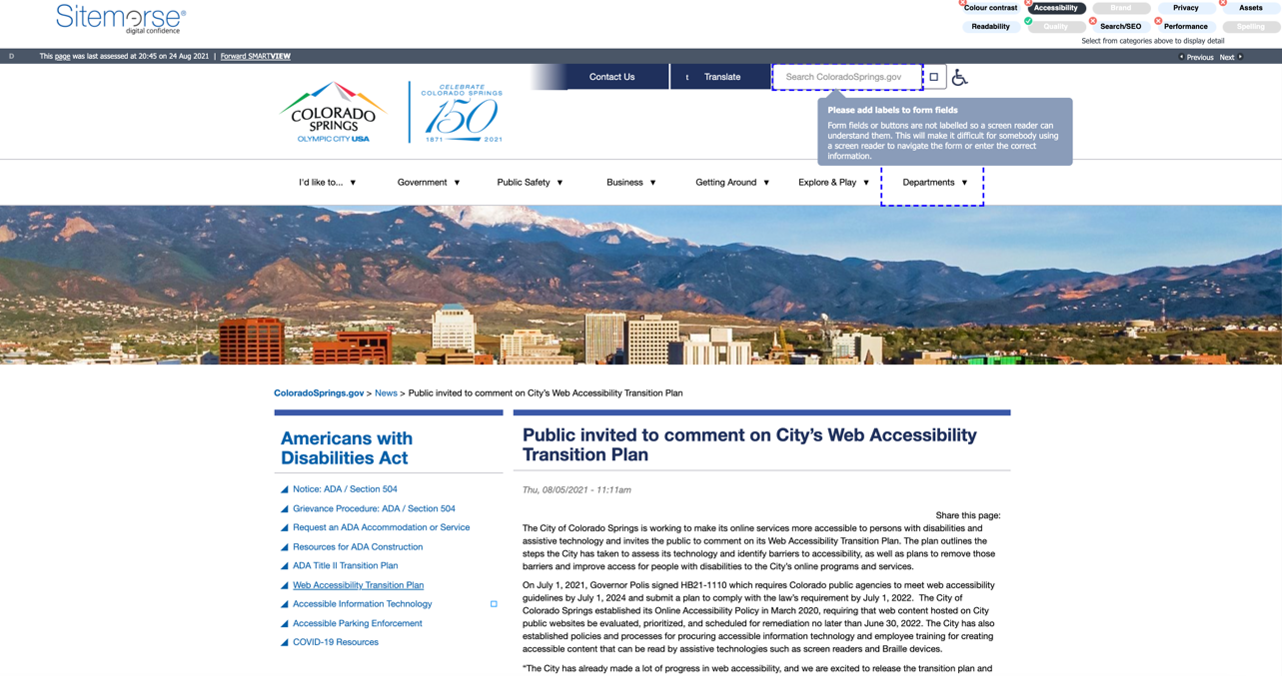 Figure 3. Image of the City of Colorado springs webpage which is asking for feedback on the accessibility of the city's facilities, showing issue with image missing form field label highlighted with blue box.