Jackson, currently serving as a judge on the U.S. Court of Appeals for the District of Columbia Circuit, is President Biden’s first nominee to the nation’s highest court and is the first black woman to be nominated to this seat. If confirmed, Jackson would join Justices Elena Kagan and Sonia Sotomayor in the liberal minority (as the Court split is currently 6-3 in favor of the Conservative wing) and would be the sixth woman to serve on the Supreme Court.

Jackson, born in Washington, D.C. and raised in Florida, spent over two decades in the legal field (serving in positions in both the private and public sectors). Throughout her legal career, Jackson has worked for four law firms, attained 3 federal clerkships (one of which was with the Justice she is up to replace), served two stints on the Sentencing Commission, and spent two years in the middle of her career as a public defender (the first nominee to the Court having served in such a role since Justice Thurgood Marshall).

Jackson is well known for presiding over Committee on the Judiciary v. McGahn, a case concerning testimony before the House Judiciary Committee in its investigation of the 2016 Presidential Election.1 Aside from that, Jackson is known for her jurisprudence on matters ranging from federal regulation enforcement to the Americans with Disabilities Act of 1990 (ADA). Of particular interest is Judge Jackson’s decision in Equal Rights Center v. Uber Techs., Inc., in which she rendered a decision that served to clarify the applicability of Title III of the ADA to Uber’s ride sharing technology.2 In her decision, Judge Jackson extended the application of Title III of the ADA to the application, thus including it as a “place for public accommodation”. Such a ruling could be indicative of Judge Jackson’s stance on the inclusion of digital/internet as places for public accommodation should the issue arise before the Court. In October of 2019, the Supreme Court denied a petition for certiorari addressing this question in the matter of Domino’s Pizza LLC v. Robles.3 Jackson would likely fill the void created by Breyer’s departure for those in favor of a public accommodation interpretation (as inferred from prior statements on the matter). 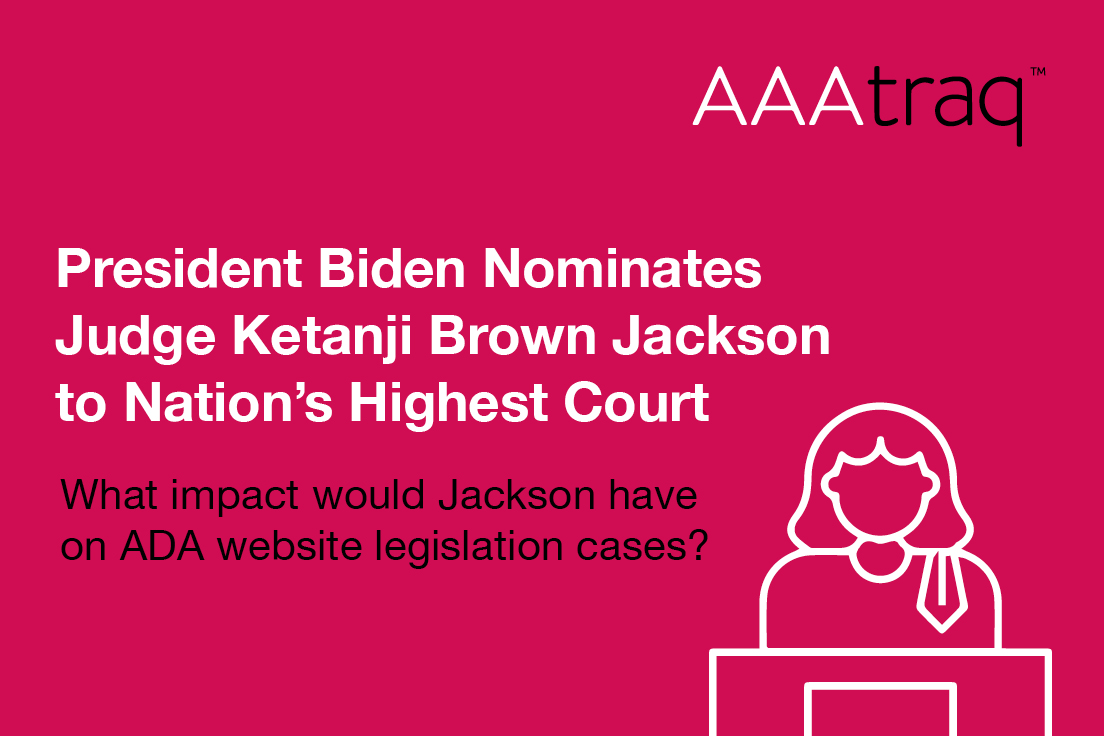