This week the spotlight is on financial services, sports media, and health & wellness.

Both Western Union and Overtime Sports face claims that their websites are inaccessible to the visually impaired, whilst Optavia deals with the same issue by settling.

In this case the plaintiff cited a 2010 Census Bureau report that states there 8 million visually impaired people in the United States, 2 million of whom are blind.

Cruz (the plaintiff), went on to make the point that a lack of access to an organization’s website may deter these users from visiting the physical location.

https://topclassactions.com/disability-class-action-lawsuit/western-union-class-action-alleges-website-inaccessible-to-blind-visually-impaired/ (opens in a new window)

The cost of settling

Optavia are counting the cost after deciding to settle their class action. Under the agreement reached, Optavia will foot the bill of ensuring that within the next 36 months its digital platforms are accessible to blind individuals. Plus, they will pay the plaintiff $1,000 and provide $45,000 for legal fees.

In the Overtime Sports class action, the lawsuit claimed that the thousands of access barriers that existed on Overtime.tv made it ‘difficult if not impossible’ for customers who are blind or visually impaired to use their site.

https://topclassactions.com/disability-class-action-lawsuit/overtime-sports-class-action-alleges-website-violates-civil-rights-of-visually-impaired-people/ (opens in a new window)

https://overtime.tv/ (opens in a new window) had a Compliance Score of 14 and ‘Yellow’ (Medium) Risk Indicator at the time of writing. 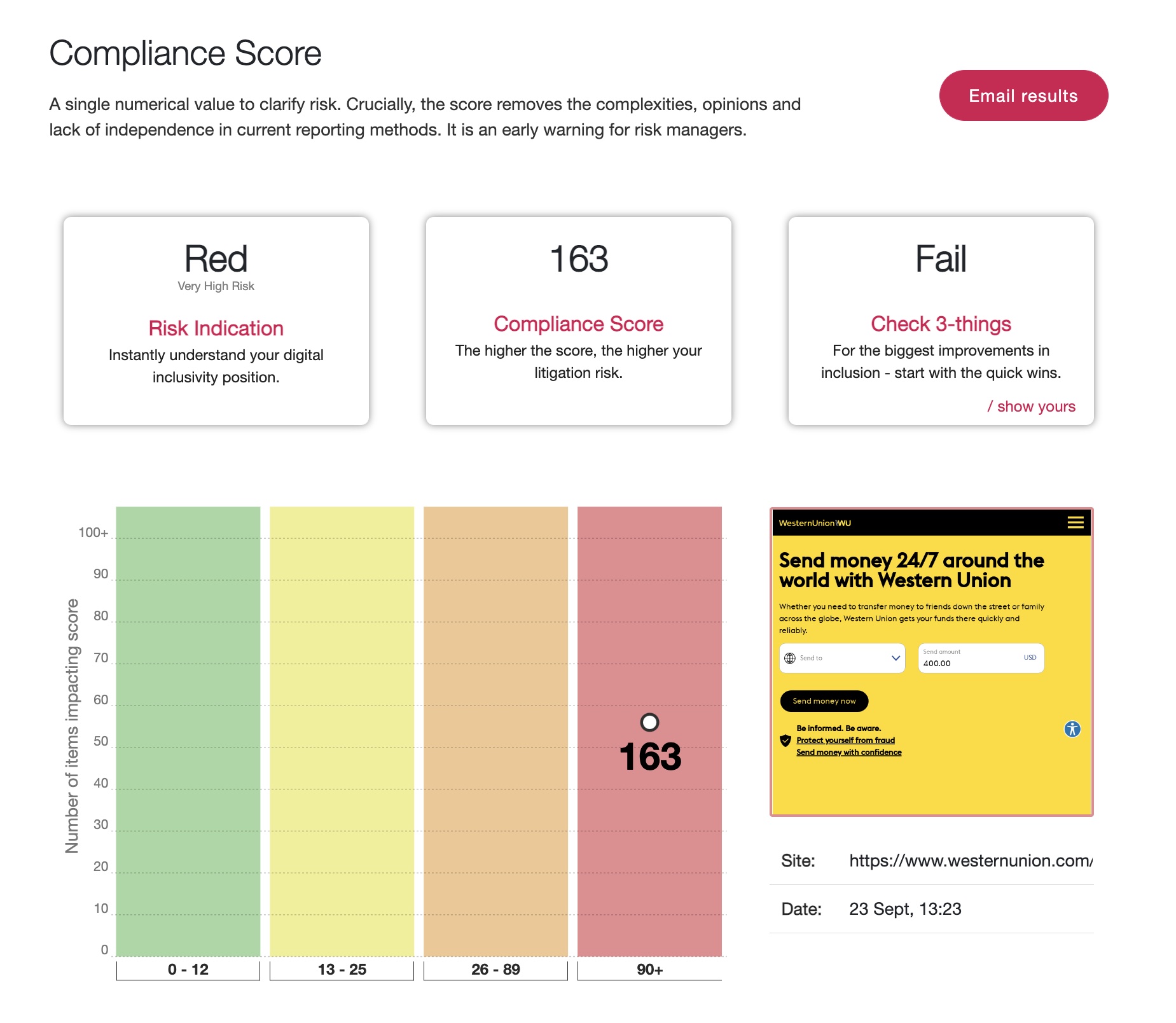 https://www.westernunion.com/us/en/home.html (opens in a new window) had a Compliance Score of 163 and ‘Red’ (Very High) Risk Indicator at the time of writing.