This week we place the spotlight on a couple of big names that have made the legal press, along with the fashion retail and hospitality sectors.

A common thread runs through all the cases, highlighting a reoccurring accessibility issue for visually impaired people who require good quality alt text for the screen readers they use to understand a website.

Two major brands have class actions taken against them on the same day. On August 15th 2022, in two separate New York federal courts, both organizations faced the claim that their website is not accessible to visually impaired people using a screen reader.

https://topclassactions.com/disability-class-action-lawsuit/goldman-sachs-loreal-class-actions-allege-website-inaccessible-to-blind-users/ (opens in a new window)

Children’s clothing retailer Lisa Frank and plus size women’s clothing retailer Chic Soul have both been in court dealing with class action complaints related to alt text. The correct use of alt text is important for visually impaired people as it provides a written description of the visual image.

In the case of Lisa Frank the Plaintiff claimed that many of the features on the website lacked alt text. Whilst in the Chic Soul case, it was claimed that inaccurate alt text is being used for graphics and that there were access barriers from inaccessible drop-down menus and a transaction system that required a mouse.

https://topclassactions.com/disability-class-action-lawsuit/lisa-frank-class-action-alleges-website-not-accessible-to-blind-visually-impaired/ (opens in a new window)

https://topclassactions.com/disability-class-action-lawsuit/chic-soul-class-action-claims-website-inaccessible-to-blind-visually-impaired-users/ (opens in a new window)

Baker McKenzie are representing Melia Hotels Orlando LLC in case where an number of web accessibility issues have been raised. Further to trying to book at the hotel, the Plaintiff who is visually impaired, claims he was denied full access to the site. A broad range of issues were raised, including a lack of alt text on images, missing ID descriptions (for screen readers) for the Rooms-Rates and Gallery, poor colour contrast and no announcement for the discounts available.

https://legal-mag.com/2022/08/12/baker-mckenzie-defending-orlando-melia-hotel-from-website-accessibility-suit/ (opens in a new window) 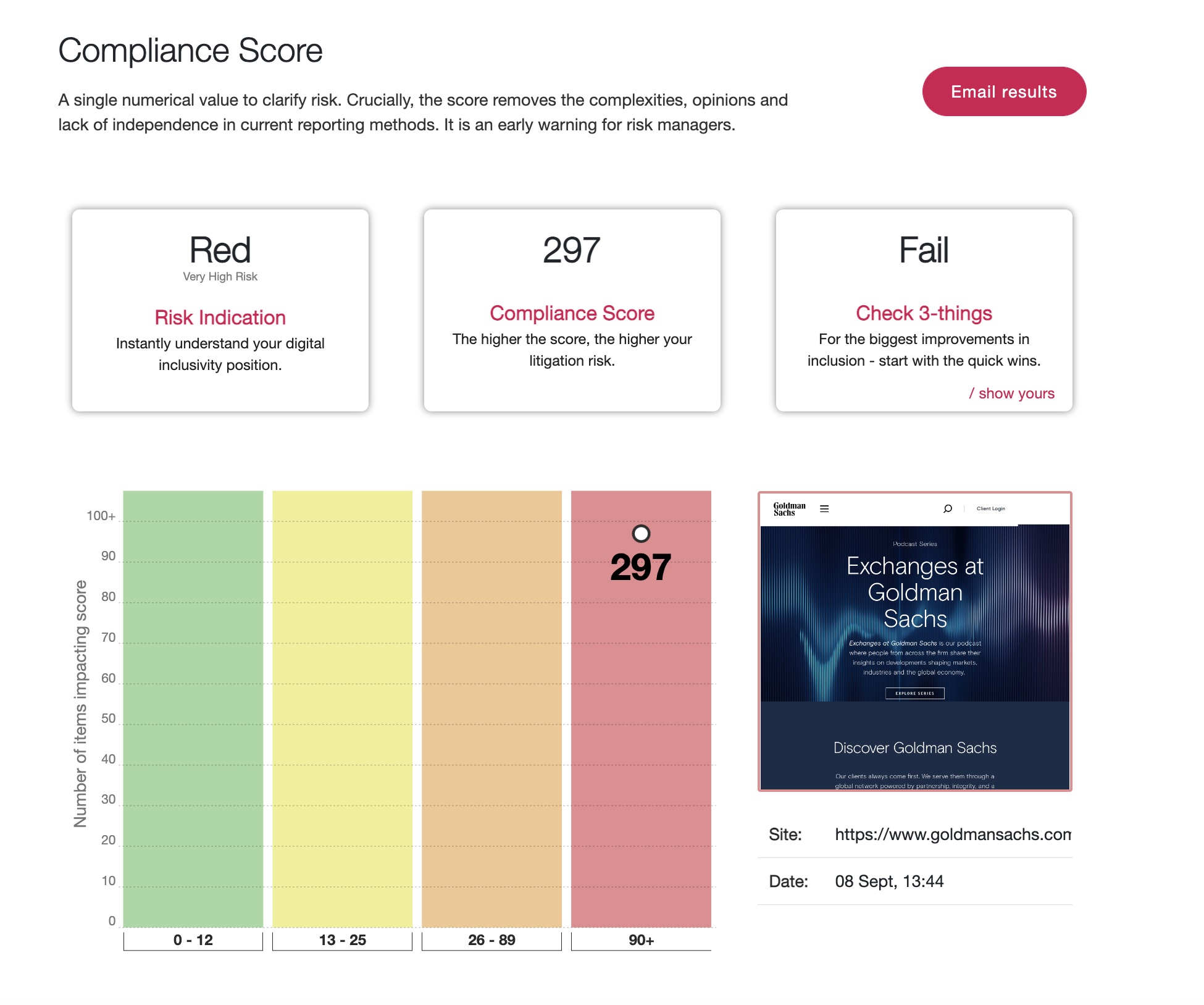 https://www.goldmansachs.com/ (opens in a new window) had a Compliance Score of 297 and ‘Red’ (Very High) Risk Indicator at the time of writing. 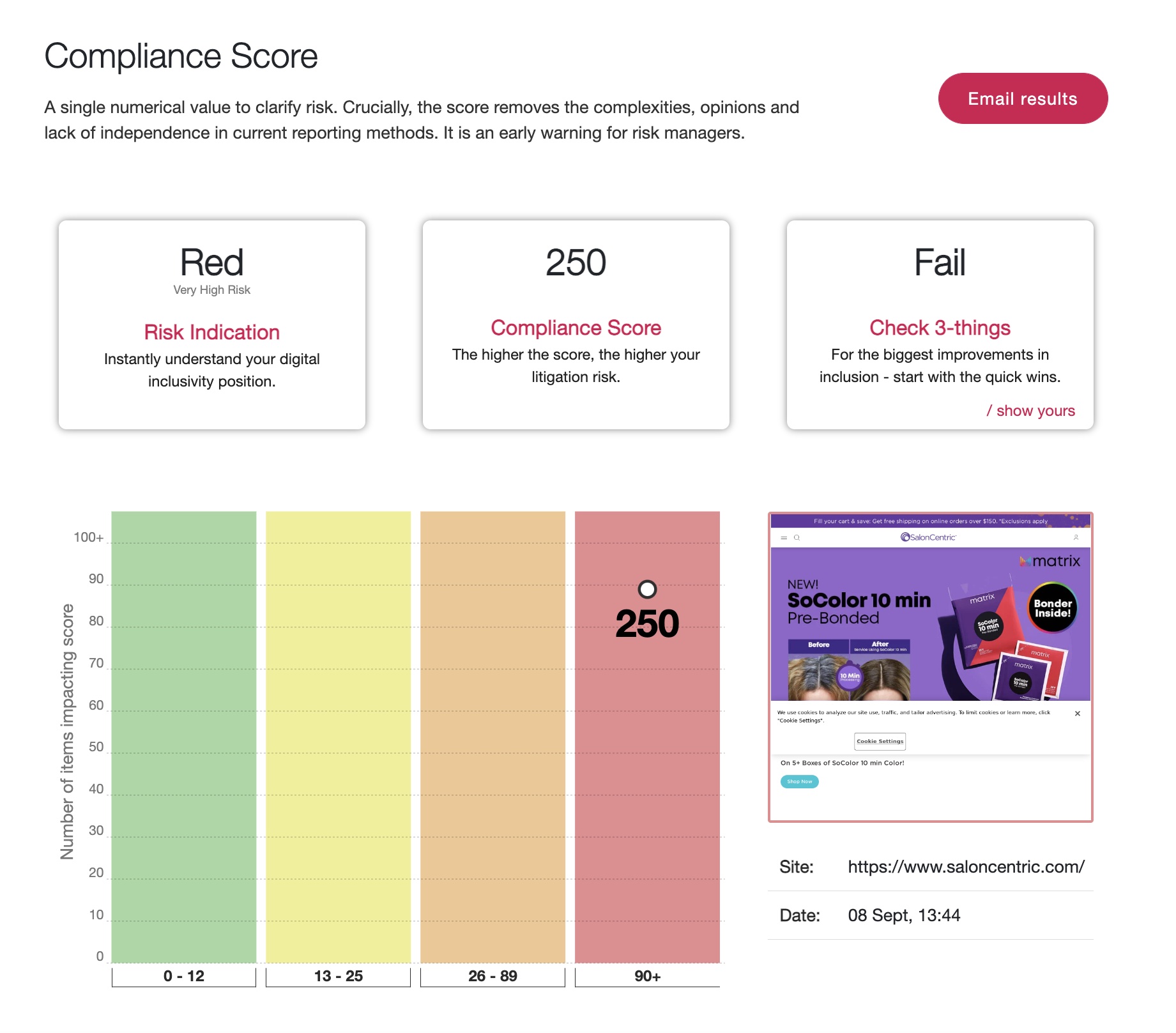 http://www.saloncentric.com/ (opens in a new window) (L’Oreal brand) had a Compliance Score of 250 and ‘Red’ (Very High) Risk Indicator at the time of writing. 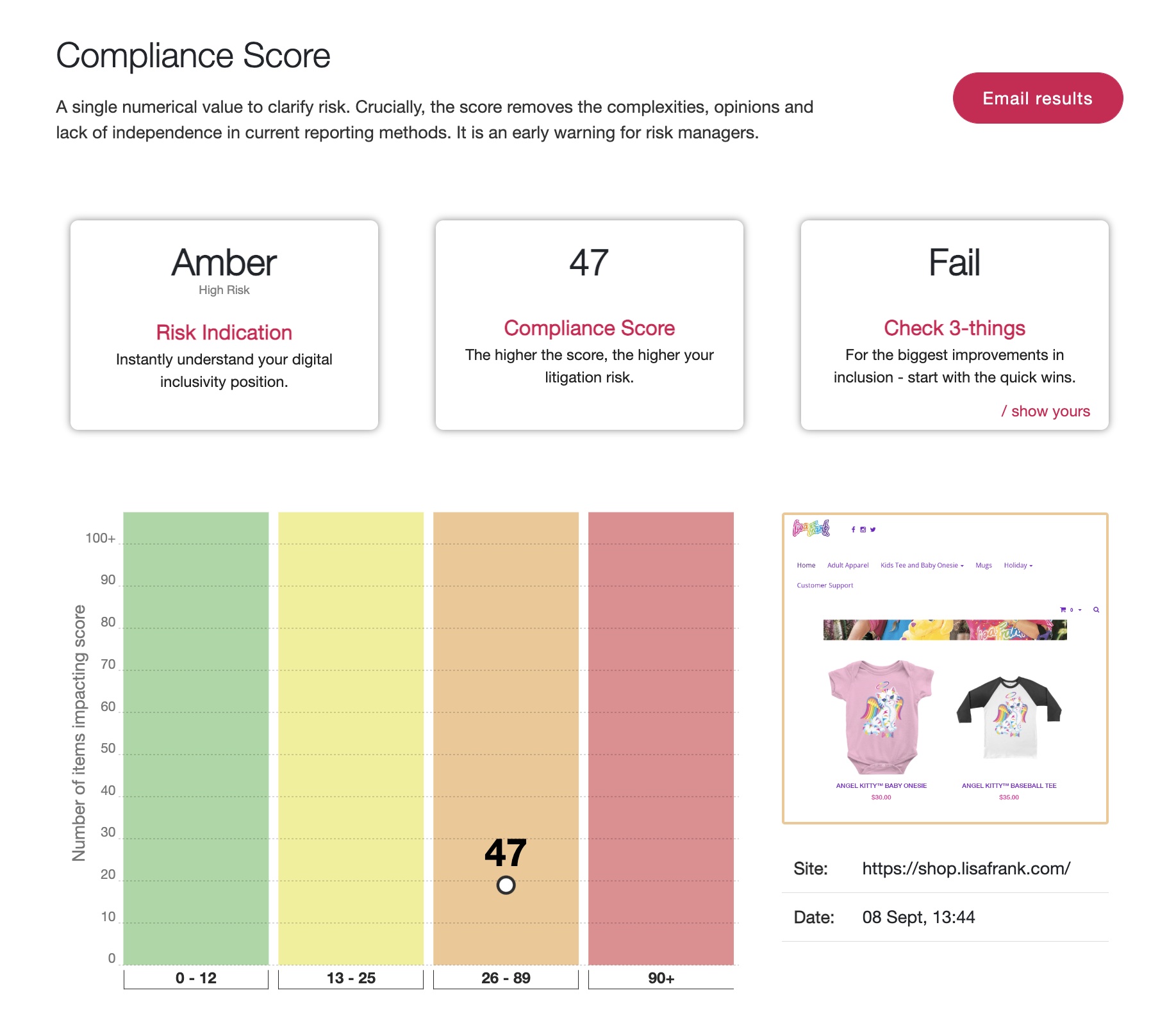 https://shop.lisafrank.com/ (opens in a new window) had a Compliance Score of 47 and ‘Amber’ (High) Risk Indicator at the time of writing. 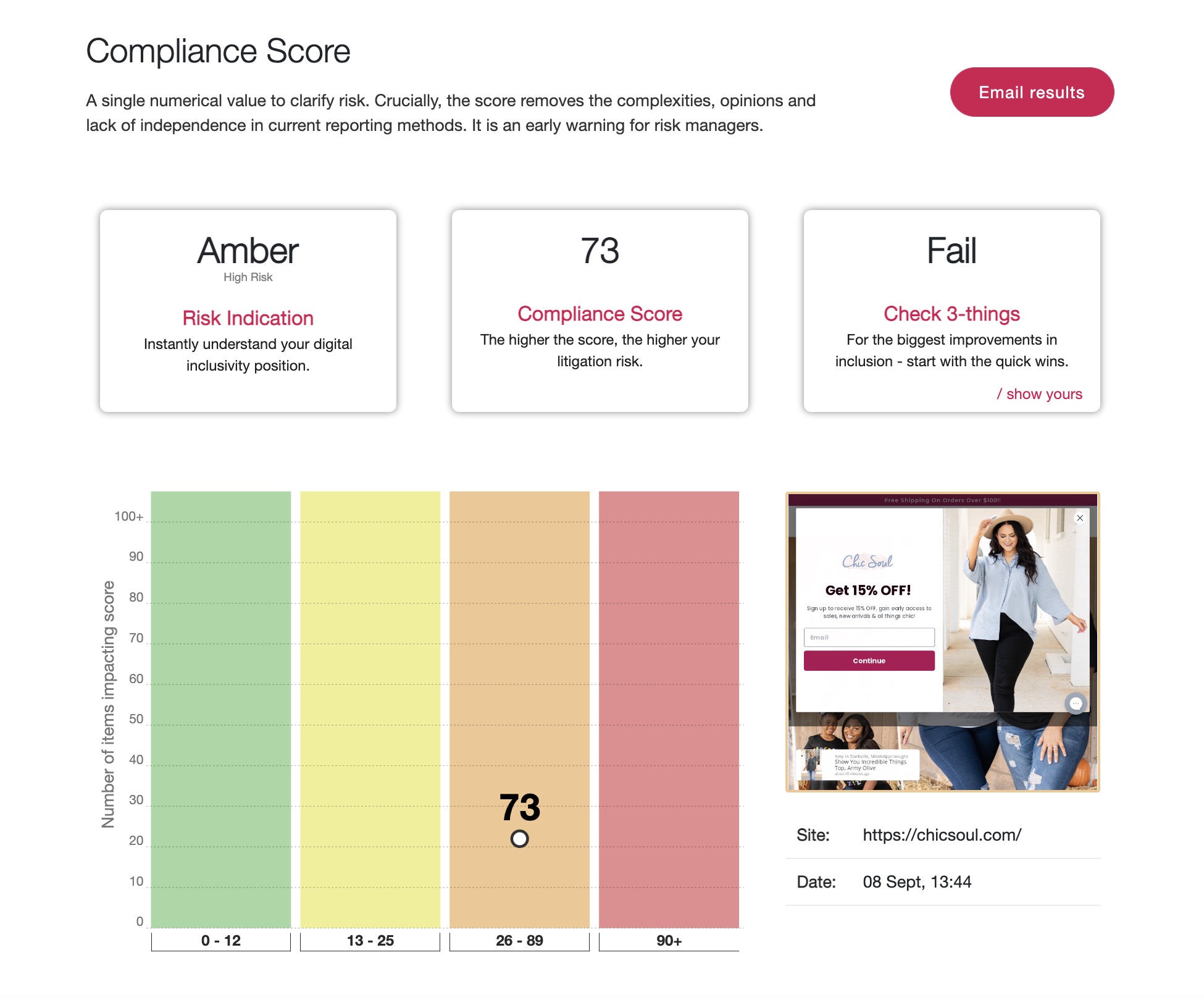 https://chicsoul.com/ (opens in a new window) had a Compliance Score of 73 and ‘Amber’ (High) Risk Indicator at the time of writing.